A man arrives at the gates of heaven holding a faith that’s not his own; another clutches a suitcase he’s unwilling to give up. One woman demands to be sent back, while another asks for a new name. Hands empty or full, hearts joyful or disappointed or appalled, these people and others approach the twelve open gates of heaven, only to discover the truth about their loves…

The gap between the harsh grindings of Judgment Day, at one extreme, and the facetious jokes centering on St. Peter at the gates of heaven, on the other, is enormous, not to mention irritating, misleading, and downright offputting.

What if heaven’s pearly gates and the final judgment were reconceptualized to correspond to the gospel—to the savior and Lord we know from the Gospels, his parables, his healing and feeding and teaching, his death and resurrection?

That’s the idea behind Pearly Gates, thirty very short stories illustrating what might happen at the final threshold.

“Now wait just one minute,” said the woman. She was patting her cloak down, hands diving into pockets.

The Lord waited, quietly, passing no comment on the fact that her foot was halfway over the jeweled foundation, her toe just touching down in the holy city.

“Where is it?” She looked up at him with dismayed and clouded eyes.

“My—” She stopped. Somehow she didn’t like to say.

“Ah,” he said. He fished into his own pocket and drew something forth.

It was ugly; that was the only thing that could be said with certainty about it. It seemed to be mostly the color of rust, rough-textured and misshapen but with a suggestion that it had once been something whole, lovely, and useful. It would not have been so terrible had it not seemed so mangled from its now unidentifiable original shape.

Yet the woman did not look upon it with disgust. Relief flooded her face. She smiled up at the Lord. “I should have known you’d have it in safekeeping,” she breathed, reaching out for it with both hands.

But the Lord dropped it into his pocket again.

“I did take it from you,” he agreed, “but not for safekeeping. Rather, to release you from its claim and put the thing to death.”

“To death!” shrieked the woman. “But you are the Lord of life! You don’t take life, you give it! How could you even think of killing this poor thing!” She reached out again, as though for a wounded animal.

“It is not this thing that needs to live, but you,” said the Lord. “And you cannot live as long as it lives with you. It is much heavier than you think.”

She saw his hand move toward the pocket again; she perceived the power in that hand, the power to crush the ugly, rusty, mangled mess into oblivion.

“One who has lived long with falsehood has a hard time recognizing truth,” the Lord said. “But I will admit to being a thief. I have plundered many others before you of their treasured weights and chains. My life is stronger than these things. But yours is not.”

“It has been your sin,” said the Lord. “If you take it back, it will become your death. Better to let me keep it.”

“It has never loved you.”

At this the woman’s sad face was riven by something like a passing thunderstorm, but as with a storm, it cleared. In the quiet that followed, she murmured, “No. It has never loved me.”

“Come in,” said the Lord, gesturing through the gate.

“May I,” said the woman softly, but with new strength, “may I see you—do what you do to it?”

“Not as much as carrying it.” The woman turned her palms toward her face. She perceived how they were covered with deep scratches, seething and infected.

The Lord withdrew the thing from his pocket. It seemed to shrink in his hand, yet grew tougher, angrier, as if preparing for a fight.

But the Lord simply closed his fist around it, and it was gone.

“That was so easy!” exclaimed the woman, delighted.

“Only,” said the Lord, “because you had stopped loving it.”

“But I would not have stopped loving it,” she countered, “if you had not first stolen it from me.”

Want a peek before you buy? Download a free PDF of the first three stories. 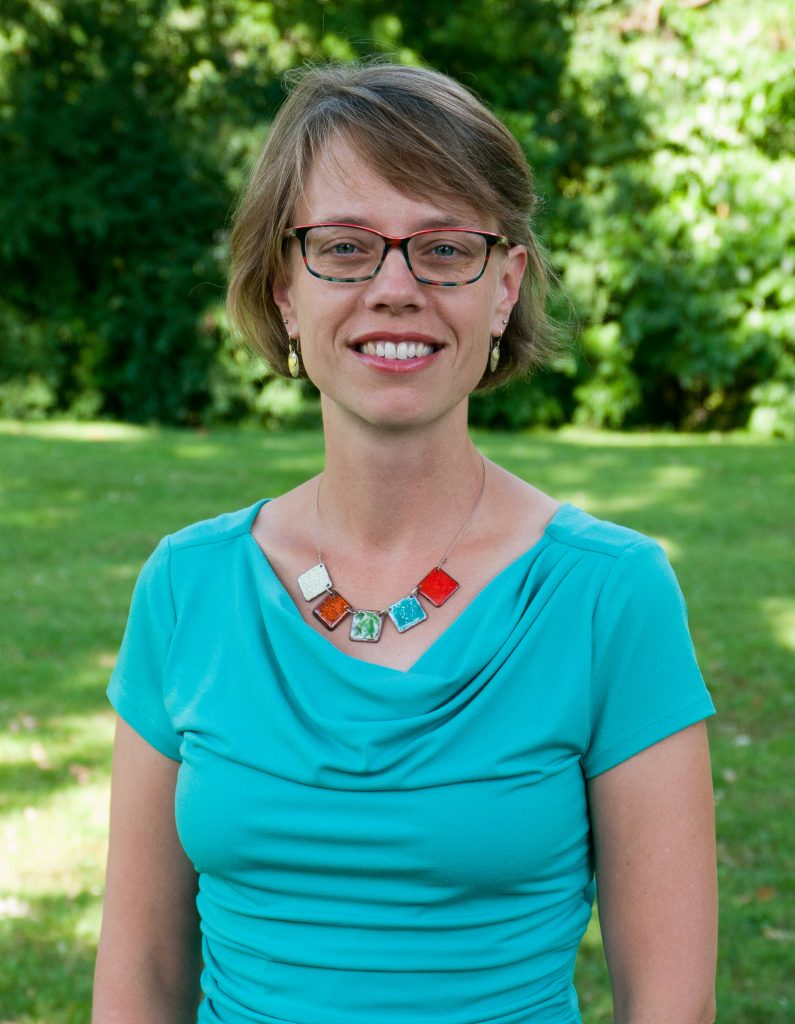 Sarah Hinlicky Wilson writes, walks, cooks, and podcasts in Tokyo, Japan, where she lives with her husband and son. She’s associate pastor at Tokyo Lutheran Church, a Visiting Professor of the Institute for Ecumenical Research in Strasbourg, France, and an Affiliated Faculty Member at the Johannelund School of Theology in Uppsala, Sweden.

Or, have a listen to her podcast, Queen of the Sciences: Conversations between a Theologian and Her Dad, with Paul R. Hinlicky.

“Pearly Gates is a book about an extravagantly gracious Lord. He promises not to let people go, and he offers reunions that exceed our wildest imaginations. Taken as a whole, the parables reveal that the threshold we must cross before entering the golden city is laying down our life. Wilson does not advocate for a synergistic theology where we cooperate with grace for the sake of our own salvation. But she does insist that we must lay aside all the stuff that inevitably gets in our way. We know what this means, for each one of us can teach a master class in what it means to get in our own way. Wilson emphasizes that, at the end of the day, our ticket to enter through the pearly gates is about Christ getting in our way. Jesus laid down his life for us so that we can lay down the things that inhibit communion with him and his people.” —Matthew O. Staneck, Lutheran Forum

“Wilson’s work is authentic and unapologetic, with slight but powerful shifts in the popular images associated with heaven’s gates… The parables within Pearly Gates build upon those of Jesus, as well as his other teachings within the Gospels. Sarah Hinlicky Wilson’s book is apt for disciples in a post-Resurrection world to carry them for a time along the way to the final threshold.” —Christine Havens, The Living Church (April 4, 2021)

“…Pearly Gates presents pastors and theologians with an alternative entry into weighty questions of Christian faith. This book could easily function as the center of a Bible study or adult education group for readers ready to be challenged in their assumptions.” —Kristofer Coffman, Word & World (forthcoming)